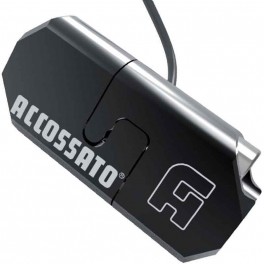 Accossato Quick Shifter was designed to allow the driver to adjust sensitivity of gear shift, as needed. Shifter disrupts power supplies to the engine, in order to upshift higher gear.

Driver is allowed to operate the gear, by keeping full throttle.

Since there are several rear set on the market with modified and / or inverted gear levers, it is necessary to examine the movement of the shift rod to understand if the sensor must be ordered in compression or in extension. 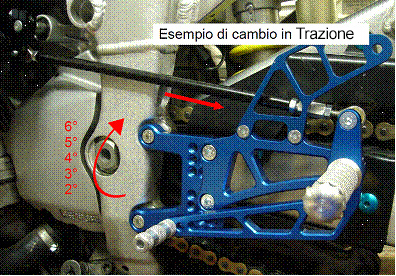 You can regulate this kind of shifter by screwing or unscrewing the screw (1) which acting on the springs will increase or decrease the laden. If the screws are screwed the shifter needs an higher force to be activated on the other hand if you unscrew the spring, it will extend so the shifter will be more flexible. For the proper operation of the shifter, it is important that the screws are closed in and unfold always in the same way (for example ¼ rotation both for the higher and the lower ones) to allow both the moving parts to course in parallel on the keystone to avoid the creation of friction and the consequent hardening of the shifter